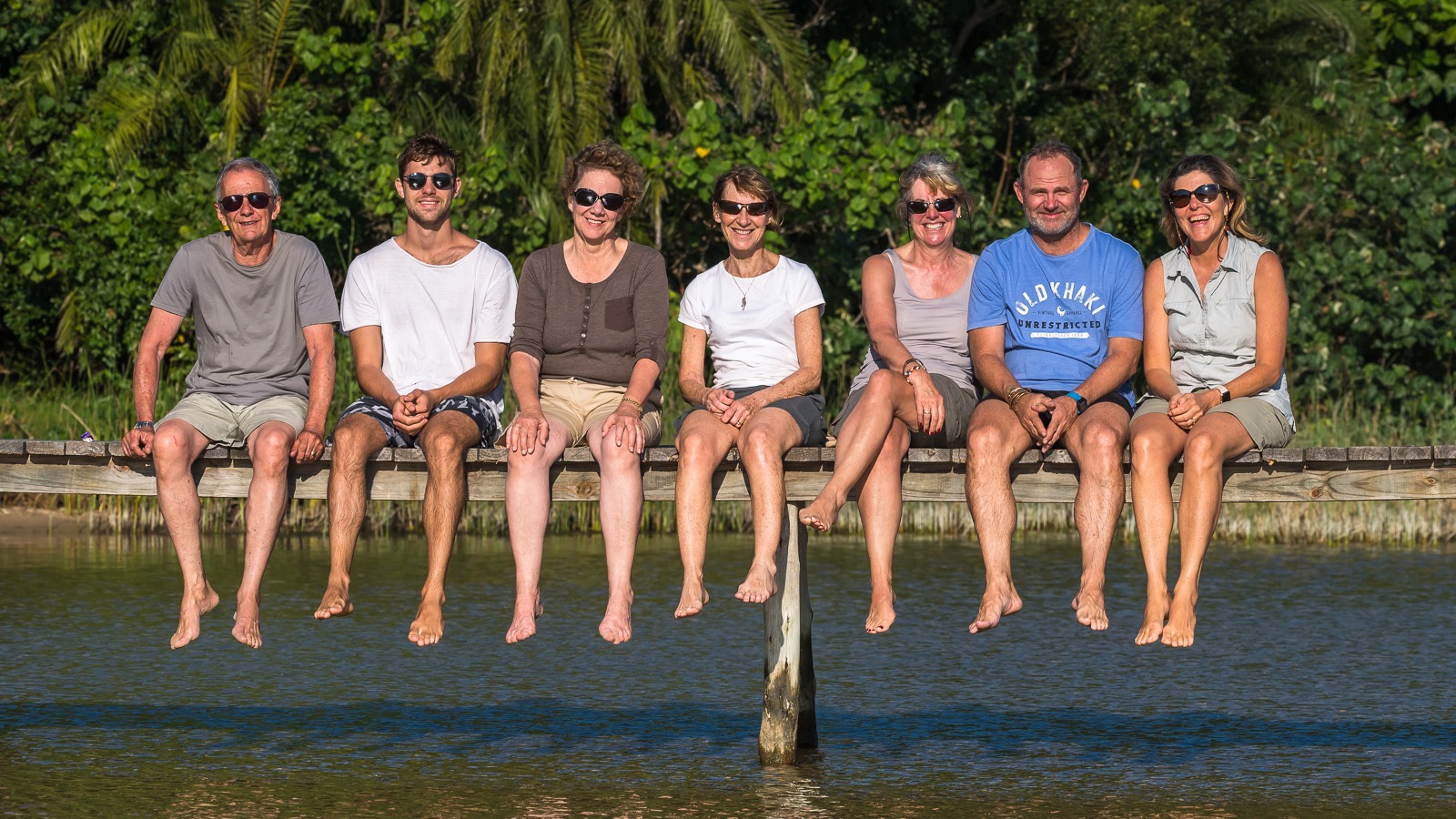 My dream, my inspiration.

This is my boyhood dream-come-true.

When I was young, I never read novels, I read factual stories about nature conservation. The book ‘Born Free’, which I read after seeing the movie, brought this to life for me.

It was the catalyst for my inspiration.

It was a story about the life of a couple who reared a young lion cub, Elsa, to grow to adulthood and become rehabilitated into the wild. She eventually bred with a wild lion and together, they created their own pride.

An astonishing story and a remarkable achievement by the Adamsons in its day.

Living in Meeru National Park, Joy and George were also successful in the rehabilitation of a Cheetah, Pippa, and this type of story attracted my attention and triggered my interest in wildlife.

A short time later, the late Dr Ian Player was doing work of similar  significance. He was the chief architect behind the rehabilitation of the white and black Rhino species in Africa’s oldest proclaimed park, the iMfolozi / Hluhluwe Game Reserve. An area abundant with wildlife and rich in Zulu history too.

Dr Player’s books achieved critical acclaim and bear testimony to his work in reviving the rhino populations throughout sub-Saharan Africa.

So, it was mostly the work of these two dedicated people, that created my inspiration for the bush and the wildlife and so, forty years later, I am living my dream.

I hope to inspire families, through my story, to enjoy our world’s natural wilderness areas and hopefully, their experiences, in turn, will be passed onto others. 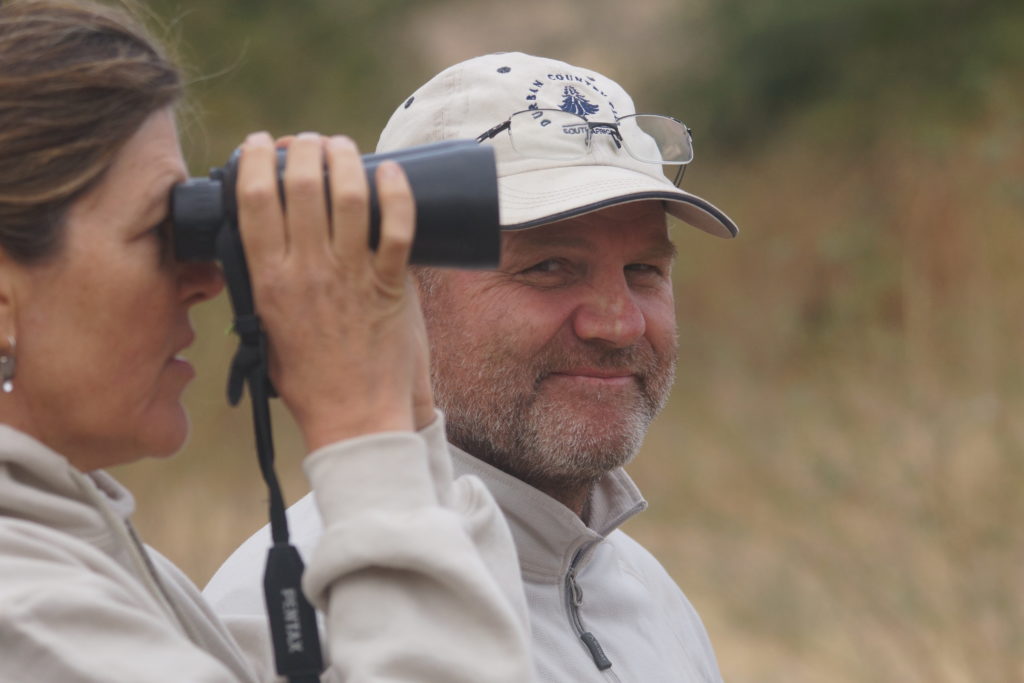 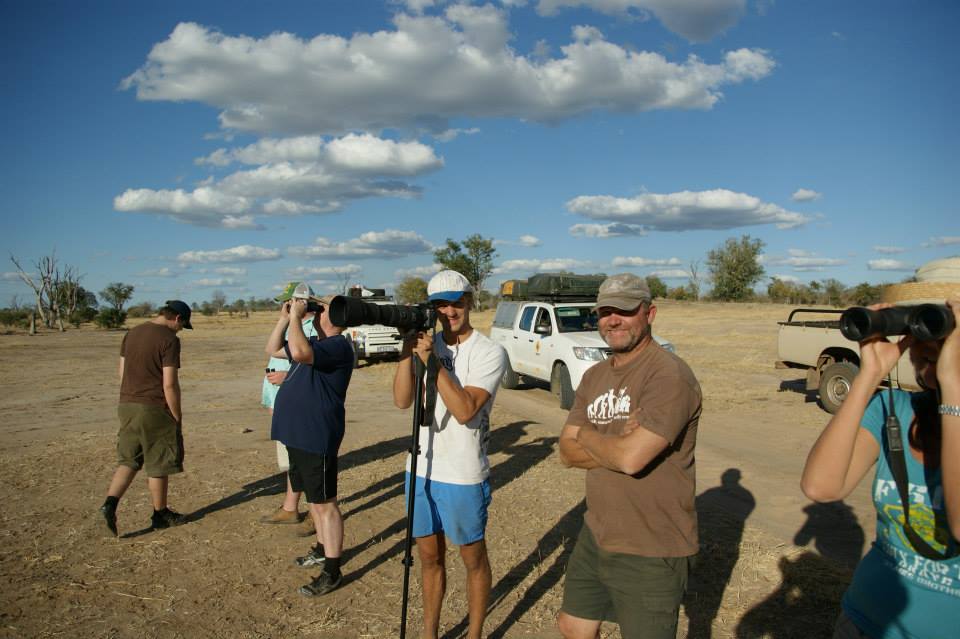 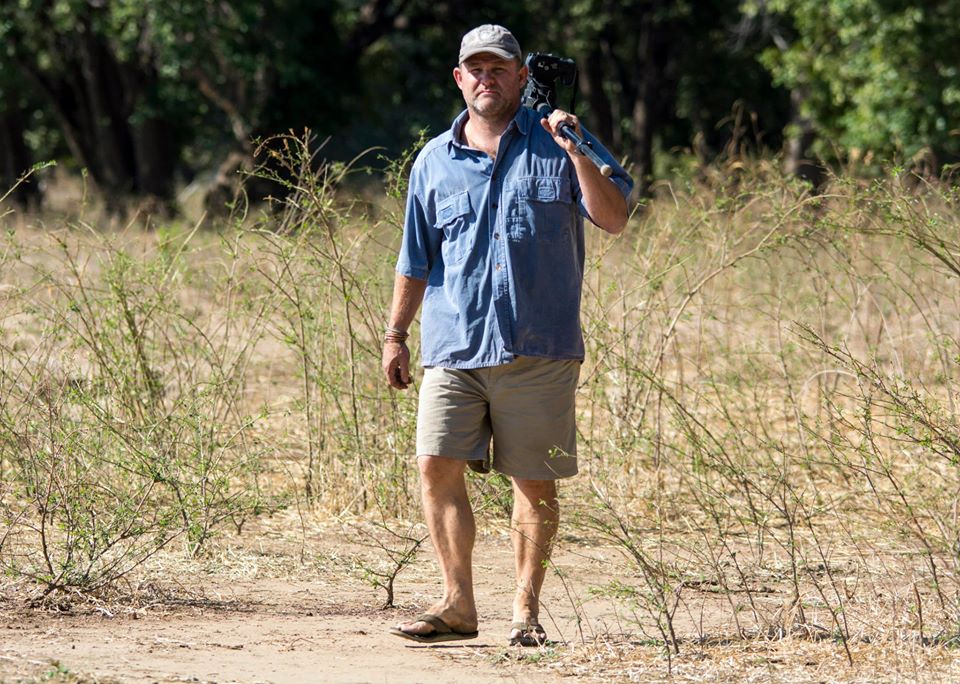 Well it went somewhat differently from what I had imagined. In fact, probably too many dreams, not enough time.

At an early age, I wanted to become a ‘Game Ranger’ or a farmer, and then for a short period of time in my late teens, keelboat racing skipper. Eventually, I settled into a career in advertising. How diametrically opposed could one get!

I have worked in large corporates in sales, marketing, trade marketing and advertising, where I spent 27 years of my life working at one of the top Global agency groups, Ogilvy, leading the Durban office for 18 years.

I chose to live in Durban specifically, to ensure a work / life balance, which I believe is essential for family development and relationships. I would consider this to be up there as one of the best decisions I have made in my life.

So, closer to retirement, I decided that it’s never too late to fulfill a dream. And so, I studied at the Wilderness Leadership School, coincidentally established by Dr Ian Player, to become a ‘Game Ranger’, or more commonly known these days as a Nature or Trail Guide.

And so, here’s proof that it’s never too late to fulfill one’s dream!

Five years ago, my wife and I joined the SANParks Honorary Rangers, a voluntary organization which serves to support SANParks. We felt this was a way of ‘giving back’, for all the time and pleasure that we have enjoyed from our many experiences in nature and the wilderness. 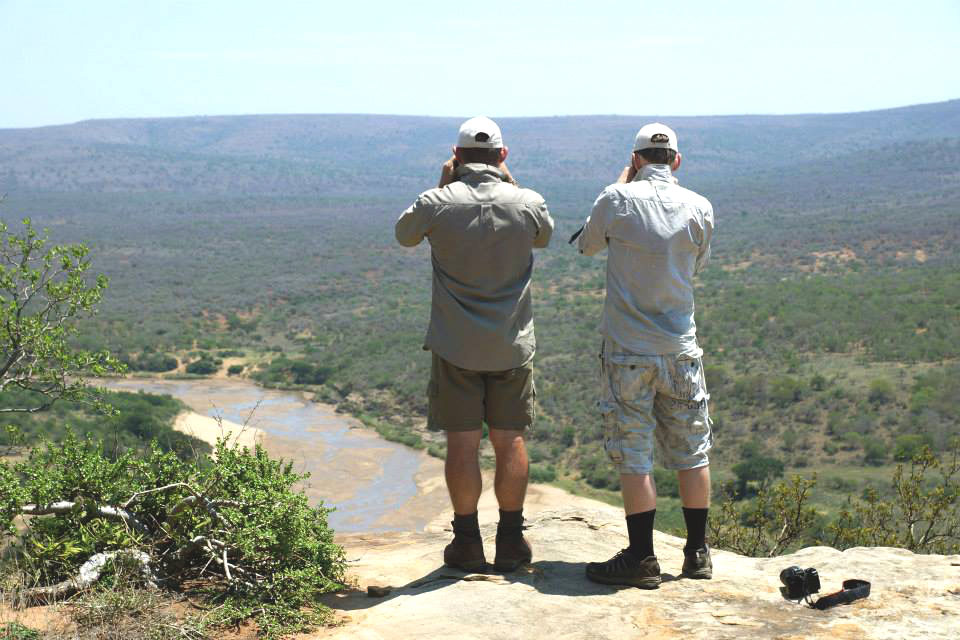 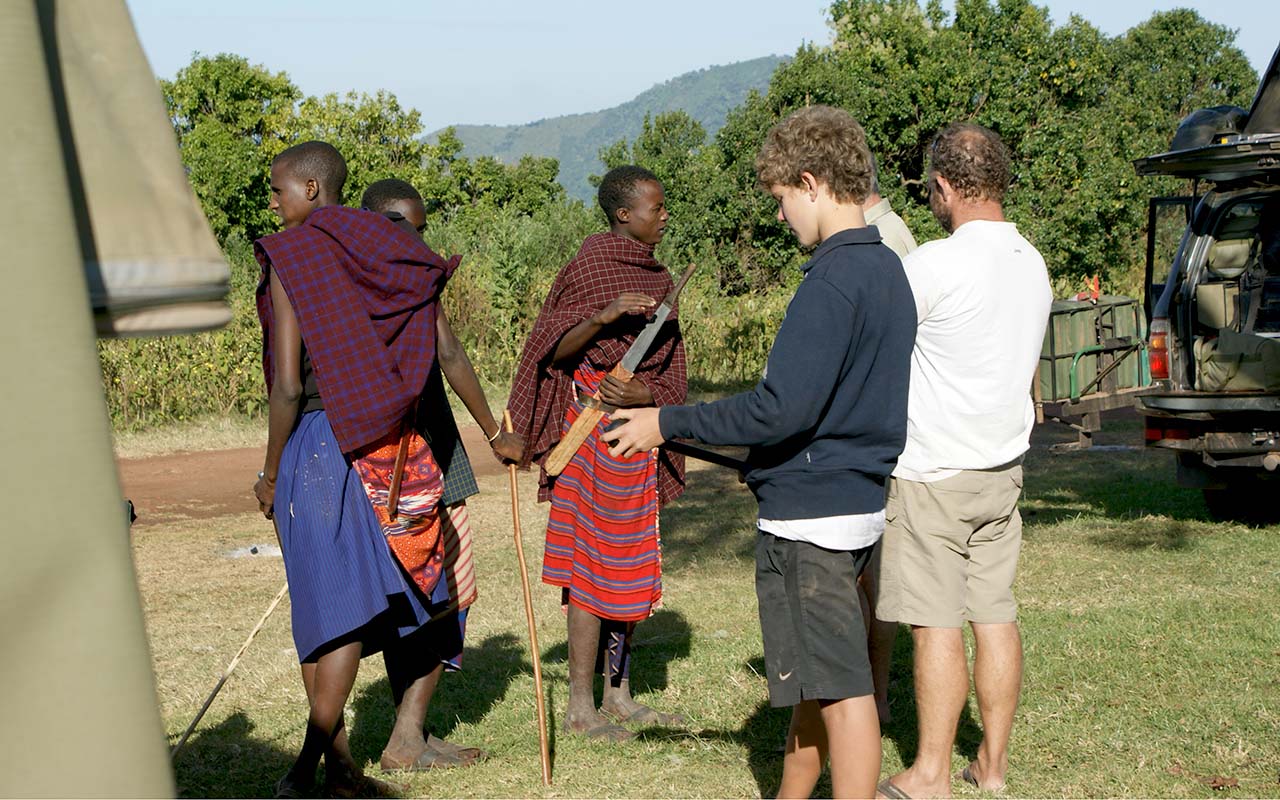 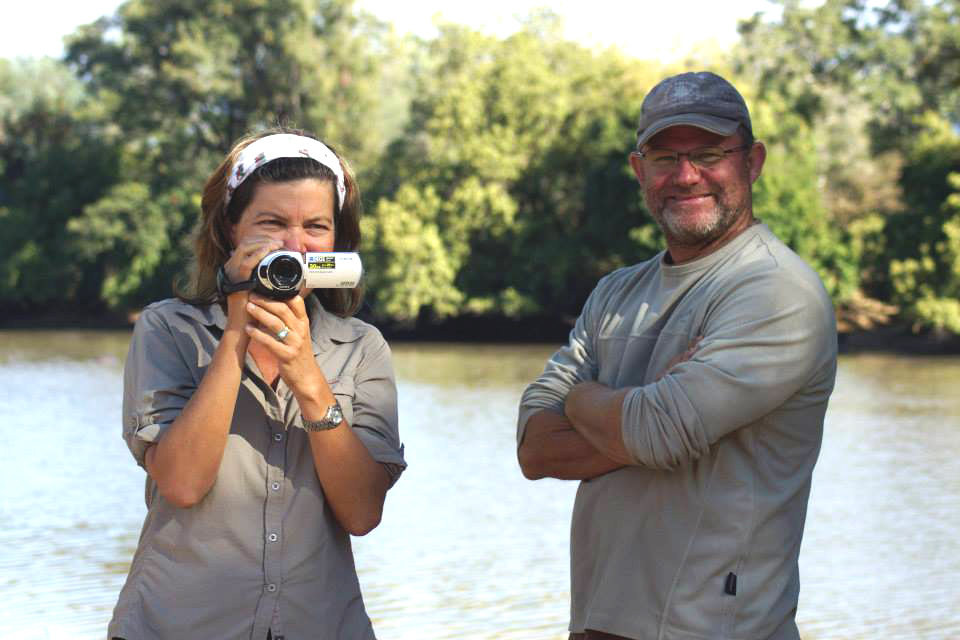 There’s no debating the impact of the digital environment in which we live today. And the recent COVID-19 pandemic has made us realise that it will continue to play an increasingly important role in the future.

But it has its pitfalls too. And achieving balance between screen-time and reality is essential.

Have you noticed the amount of time children spend behind a screen and how they engage with each other? Screens play an integral role in this behaviour.

Things that we did ourselves as kids which were more practical, are not in their mix of activities.

Do we give ourselves enough time and freedom from our working environment?  When was the last time you didn’t answer an email or a What’sApp message after hours?

When last did you completely separate yourself from your work environment,

So, if it means that our journeys around Africa can, in some small way, awaken the senses and broaden our experiences for ourselves and our teenagers, then we have done a good job in extending their horizons.

There’s nothing quite like the crackle of a campfire, and with it, the smell of burning wood, and the feeling of  warmth that the fire generates while we sit and talk around it, distracted not by a screen, but by the mesmerising flicker of flames and the magical sounds of the African bush.

This alone will have a positive impact on the lives of your loved ones. Likely more so than you could imagine.

Filmed documentaries and webcams showcasing Africa are aplenty, but nothing, can beat a personal experience in Africa.

At least try it. Enrich your lives. Allow us to awaken your senses. 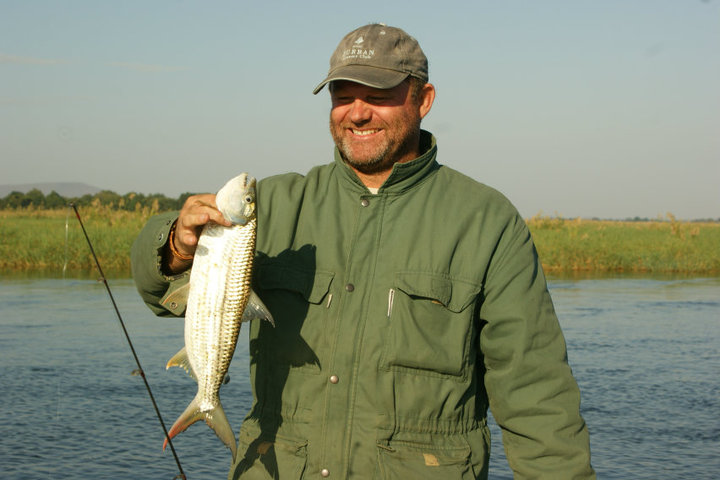